The article below was extracted from a forwarded email, below content is not represent my view, stand point or what so ever.
*****

After reading twinmum wrote about the education system in our country. I read about this from a forwarded email.

How do you explain the fact that 87% of the students passed the examinations of the Sijil Tinggi Persekolahan Malaysia (STPM) recently? When during your grandfather’s time only 10% would have passed? Are students getting smarter? Or are STPM questions getting easier? Let me put things in their proper perspective.

During your grandfather’s time, they would ask exam questions like:
In what year did Parameswara founded the kingdomof Melaka?

The correct answer was “1402”, and they found that only 10% of the students managed to answer the question correctly. This didn’t go down too well with the authorities, because the objective of the exams was to
pass people.

I mean, what’s the point of having exams if people fail?

The results were better in that 20% of the students passed. But it was still not good enough, so the authorities tried a different tactic a few years later.

Parameswara founded the kingdom of Melaka in the year1402.
true or false?

Well, half of the students guessed “True” and the other half guessed “False”. Fully 50% passed. The results were getting pretty acceptable by now.

Most other countries would be satisfied with a 50% passing rate, but not us. We are a better country, because we are a boleh country the authorities then cracked their heads and then came out with this one:

Read the following sentence carefully.
“Parameswara, the cousin of Proton-Iswara, founded the kingdom of Melaka in the year 1402”.
Underline the name of the person who founded Melaka.

But for some reason, the authorities were still not contented. So last year, they came out with this gem:

The official answer was “Food” of course!

After the marking was over, it was found that 87% of the students had passed. 87%….. now that’s pretty impressive! So it’s true. The students are indeed getting smarter.

When I obtain the result, my dad didn’t ask about my SPM result, normaly family will ngi ngam ngam and scold their kid How dare you come home! My dad asked “So? Study computer next?”, then I said “No, I am interested doing direct sales now, let me gain 1 year experience I will further my study”
(direct sale really not for me, please don’t convince me to join elken, cosway, amway, noway or lamp “burger”, because I really suck on sale product I am not interested, not I want to work in MLM, but dad was in bankcruptcy during that time, that was the easy way out to get a “job”)

I told my dad I am not interested what I was studying in secondary school, I have informed him to be prepared see me fail all SPM subjects, haha :). To be honest, I enjoy my time when i was in Form 4 & Form 5, it was the greatest honeymoon years. I start web designing + computing while I was in Form3, and into music band with friend. The only stuff I am interested is computing. So F4 and F5 is enjoying…

Until I went to college, THAT IS WHATI WANT! Programming… I doing quiet well in college, even got a scholarship from Deakin University, Aus(I can’t go there, can’t afford the expenses there :()

Well, I think Malaysia Education is not that bad, but seriouly, depend on parent. If your children doesn’t like what they want, don’t force them. Some of my friend, force by their parent to study computer science/computing, which the field they doesn’t like. How to force them to do programming if they don’t like(my friend is talented in design!) How are they going to work in the future, which they don’t like what they are doing??? 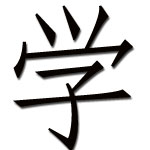 For me, I think parent play an important role, not the school or teacher. Beside that, while student study in college, that is the best time to LEARN and do more research. Create your porfolio during your college/uni life, this will build a good path for your career after graduated. Trust me 🙂 It truly helps.

Accidentally bumped into Joe Chung’s blog, found out a real damn cool job. LoL, I want to change job, to be professional blogger! Blog about politic and current issue?.. They should try to get Jeff Ooi 🙂

Last time, I always see my friend doing flaming in pub/disco, it look cool, then have you seen the failuer of doing that?

END_OF_DOCUMENT_TOKEN_TO_BE_REPLACED

Kopitiam
Lunch at one of the kopitiam in L**ky G***en this afternoon. Eric ordered a malaysian favourite Kopi “O” in that kopitiam. At first, Eric looked sipek(very in hokkien) innocent, I felt he got something to tell me, finally he shoot, “I think the kopi “o” taste some kind…”. I try to taste it, WOW! the Kopi “O” tasted like Kopi “SAI”(shit in hokkien). Ah Lin ask the “_waitress_” to change the drink, she said OKOK. Eric want to change teh ice, don’t want Kopi “SAI” anymore(human dun drink shit :p). When the teh ice safely arrive the table(color look nice, am teh ice expert, can see it :)), da lady ask Eric to pay for it! Wa lau(sometthing oh my good in Hokkien), still want him to pay! What is this! She said Eric already drink the Kopi “SAI” so cannot change other drink. Aunty, sure got drink some la, else how to know it’s a Kopi “SAI”! haihhhhhhhh… but Eric is so kind.. pay for that… for me… 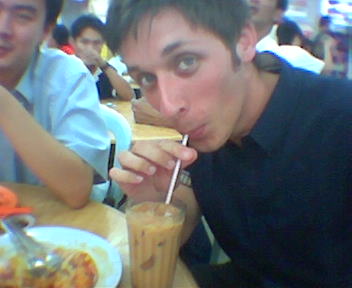 Eric enjoy his Teh Ice, after Kopi “SAI”

**PS: Eric wants to learn Hokkien, so there will be italic translation

Special design for Max and fellow who love TMNut service. Right click, save it!