Yesterday night jamming with new band, I can’t remember when was the last time I jam, I think it was 5-6 years back, when I was in Form5 … Somewhere in year 200o or earlier.

Long time didn’t play guitar, fingers are cramp when runining lead/riff, luckily the songs we jam are not many lead in it. Check out My Pictures folder, still can get few picture with my old band members, and it bring back my old sweet memory.. 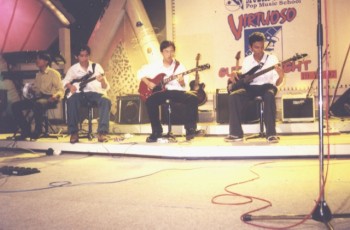 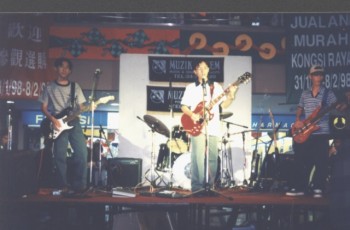 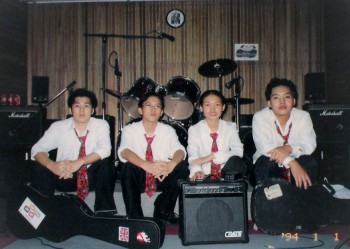 The last band I played with, the band name……… THE WONDERS 😛 The band is specially for Band Alert(now known as Asian Beat) competition, after competition we disband.. 🙁 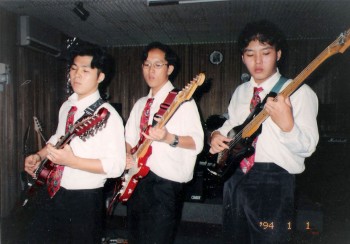 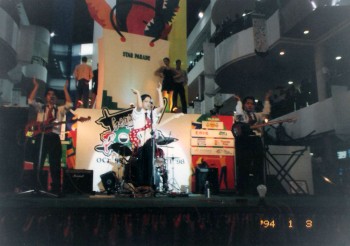 v r playing That Thing You Do, started with clap 🙂 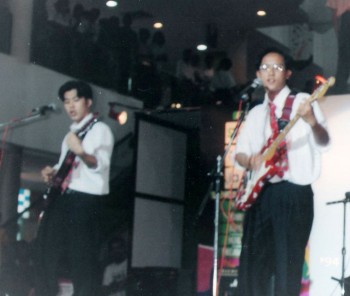 me and Steve – Backing + lead guitarist 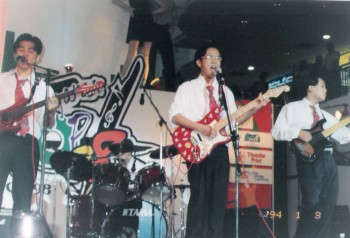 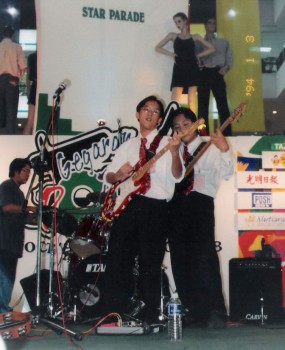 me and Ric, the bassist (at the back, adjust drum cymbal was Michael from Uglymen) 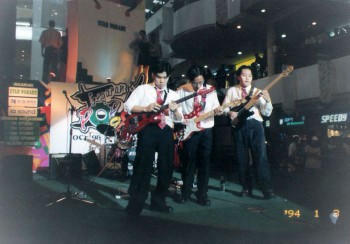 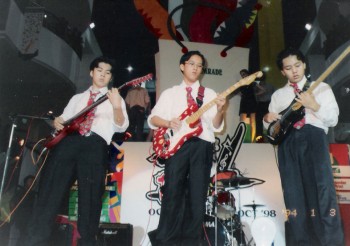 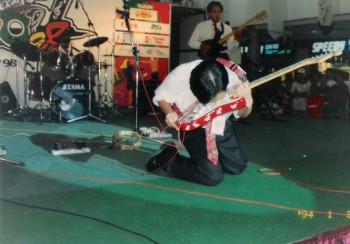 Have u seen guitar solo with biting guitar string? I show u next time 😛

3 replies on “Back to Jamming again!”

haha paul the pic of you bitin’ the strings is CLASSIC! haha i love it!!! so good