Email from Kevin, and thank for the pictures.

While the news reports seems bad, London appears to be bouncing back to life again. Although some road are still closed, everyone goes about their daily work as usual. The Economist have a very good write-up on this.

All I wanted to say is terrorists with such utter disregard for precious human lives are despicable.
KK, you are right. Londoners are a calm and resilient lot. The emergency services and the police performed their duty well. 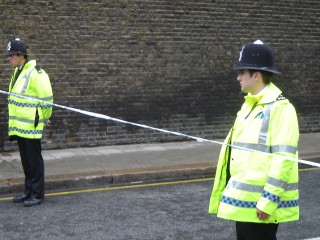 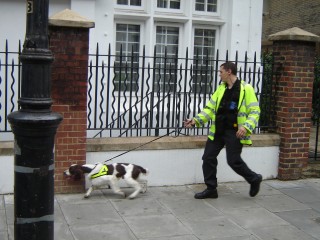 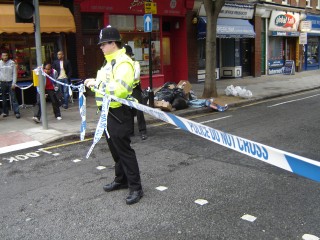 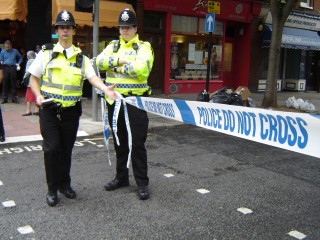 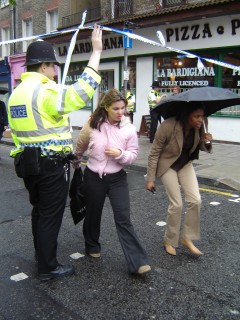 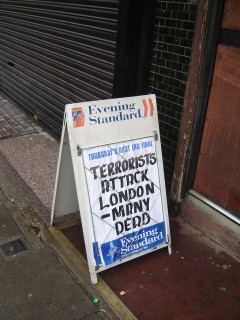 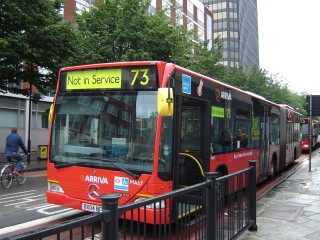 I just went out to have a look at the situation inLondon. One of the explosions took place in King Cross
station near my hostel. Another explosion, apparently in the bus took place near Russell Square, where my school is situated.

Fortunately, I don’t usually take the bus or tube during rush hours. In fact, I was woken up by a friend
who told not to go out at about 10 am (about 8 pm Malaysian time). I did not see any smoke or explosion from my hostel, but I only realised the gravity of the situation from BBC news report much later.

However, I managed to take some pictures of the situation nearby after 11 am. By then, things appeared to be relatively calm and orderly although London’s public transport system was disrupted.

I will send some of you photos of the situation after 11 am near King Cross station and Tavistock Road, near
Russell Square. At the time I arrived there, the police had already set up road blocks and the situation was calm.

I hope things will not be as bad as it was reported in the media.

One Reply to “Day after London 77”