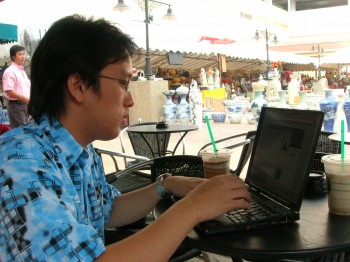 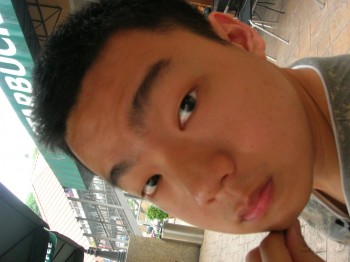 King – I am not sure why he called himself KING

send hdd back to IBM for replacement, the hard disk has the annoying “clicking” sound. After replace, still the same, wonder is it use to be like that or sometihng else. IBM restore and recovery system is great, I don’t need to re-install windows + software. I back it up to my external HDD, and after get the new HDD, and restore back the system from the backup. great! and now lim peh come Subang meet King, and online @ Starbuck blogging 🙂

Today, Alan bought Pappa Roti for us. At first, I said, “Wow… Roti Boy, nice… I like Roti Boy…”. After a while… Alan’s friend notice I din know that is not a Roti Boy, and he told me… “It’s not Roti Boy… It’s Pappa Roti…”

Oh gosh, sipek phai sei, I called it Roti Boy, but I really never heard of Pappa Roti. Anyways, thank Alan for the Pappa Roti, it’s is nice when I am hungry 😛 and I have an idea, new roti boy type shop name.. Roti Kia, Haha 🙂